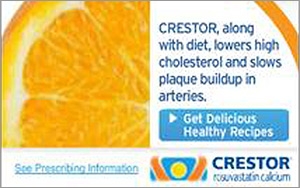 The nation’s largest medical professional organization is taking aim at one of the biggest advertising categories -- and a key source of revenue for beleaguered print magazines.

On Tuesday the American Medical Association issued a statement from its annual meeting in Atlanta, calling for a ban on direct-to-consumer advertising for prescription drugs and medical devices.

Among other ills, the AMA contends that these ads waste doctors’ time. Physicians have to clear up misconceptions created by the ads, and the group contends they drive up medical costs, by prompting patients to ask for expensive new drugs when older, cheaper drugs would work just as well.

By itself, the AMA recommendation has no regulatory impact: Congress would have to pass legislation, but lawmakers have proved unwilling to do so in the past.

The AMA recommendation follows years of controversy, with DTC drug advertising repeatedly coming under fire from doctors and occasionally the Food and Drug Administration. (The FDA lacks the right to review ads before they air, relying instead on consumer complaints after the fact.)

Previously, in 2006, the AMA called for a moratorium on DTC advertising, putting it in conflict with ad industry orgs like the ANA. The debate then moved to Congress in 2007-2008, but nothing came of it, in part, because of moves by the pharmaceutical industry to self-regulate.

Among other measures, in 2008 big pharma companies agreed to wait six months after FDA approval before taking out DTC ads.

Currently, pharmaceutical manufacturers spend around $4.5 billion per year on DTC ads, and the category has become a mainstay for print magazines. It is still one of the few media that can carry the lengthy texts of disclaimers, caveats, and warnings about side effects without undue disruption.

In recent years, however, the controversy about DTC ads has increasingly focused on new online channels, and especially social media. Here, the FDA has unveiled a number of guidelines covering paid relationships between pharma companies and celebrity endorsers or blogger, as well as disclosure requirements.

These guidelines haven’t prevented some high-profile infractions. Earlier this year, for example, celebrity fixture Kim Kardashian had to post an update and clarification on her Instagram account after failing to include required safety warnings about a morning sickness drug, Diclegis, marketed by Duchesnay.