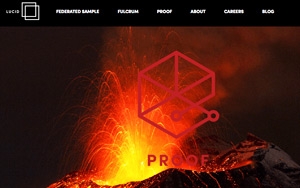 Software company Lucid is launching a product called “Proof” that allows ad buyers to see which demographics are viewing ads in real time.

Lucid CEO Patrick Comer said the company comes from a market research sampling universe, meaning that it collects core demographics by asking for them instead of using an algorithm.

Lucid’s pool of over 50 million respondents will power the new product, which has been tested with 25 Razorfish clients. Lucid has also partnered with research firm GfK to monitor the company’s ad effectiveness capabilities and in-app mobile measurement.

Comer said he has heard interesting stories about what companies buy versus what they get. His favorite example involved a movie trailer targeting African-American audiences. Data from Proof showed audiences seeing the ad were not only white, but also lived in India and Brazil.

In this case, the publisher had syndicated the media buy because it had oversold inventory. The situation was rectified, Comer said, but that’s not always the case. When all you have is an impression number, you can’t be sure the target was reached. Comer said he hopes the product brings more trust to the market, which is starting to address issues including viewability and ad fraud.

“There are a lot of buyers out there that don’t believe and don’t understand what they’re getting,” he said.

The name “Proof” was chosen for the product because Lucid wants to prove to media buyers they’re getting what they paid for, Comer said, and it was inspired by a story Comer heard about the British Navy. When receiving rum rations, sailors would light the surface of the liquid to see if it caught fire. If it lit, that meant the rum wasn’t watered down. In the same way, Proof aims to provide the same “ah-hah” moment to clients monitoring their campaigns, Comer said.

“It’s been a vague place for [clients],” Comer said, adding that the goal is to help buyers and sellers change media plans during flight, save money in targeting and help advertisers get the right message to audiences.