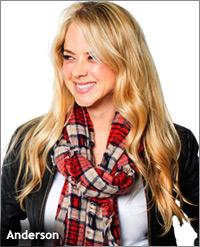 For all the obsessing marketers do about Baby Boomers (now knocking on the door of 70); Gen Xers (thinking about early retirement) and Millennials (in the market for Rogaine) Gen Z gets far less attention. But Samara Anderson, retail strategist for Redpepper, an ad agency based in Nashville, Tenn., says it’s time for brands to pay more attention to the power of Gen Z, those born between 1995 and 2010. She tells Marketing Daily why these kids have so much clout.

A. They have a lot of power. There is their actual buying power, and then their influence buying power. While Millennials have moved on, Gen Z still has a tremendous amount of say over what their parents buy. If marketers play their cards right and speak to them in a relatively authentic way, they can win.

Q. How much influence?

A. Research we’ve done for our client Claire’s, the jewelry retailer that targets these teens and tween girls, found they are very persistent. We call it the nag effect. They ask for what they want between seven and nine times. So marketing that gives them tools to help them make their case with parents, especially video, helps them influence those purchases.

A. Yes. They are very resilient. They are going to wear us down.

Q. Besides living at home, how else do they differ from Gen Y?

A. They like people they can relate to. They are much more influenced by people closer to home than celebrities, which explains why YouTube is their favorite form of social media. About 32% of the kids we surveyed say YouTube is their top choice.

Q. How about their use of technology?

A. Well, we talk about Gen Y as having always had the Internet, but Gen Z has always had a cell phone. So it isn’t just about access to information, but immediate access. Because they’ve always had a smartphone, they want fast feedback and validation. We did a project where they could create this beautiful piece of jewelry for themselves, and that was great. But immediately, they wanted to share with friends for direct confirmation. They like being able to say, “I made it — it’s just for me.” But the follow-up “Do you like it?” is very important.

Q. What about Gen Z boys?

A. Boys are more into games and more influenced by product placements.

A. TV is still very popular, and they spend abut half of their free time watching. But they are watching it with maybe two or three other devices, so there is a lot of context changing.

A. The favorites were Apple, Lego, Nike, Old Navy and Target. Tweens like fast-fashion, especially H&M. Some more surprising brands did well, too, including Amazon, Dick’s and Walmart.

Q. Are they more upbeat than Gen Y?

A. They are more empowered. That smartphone means they have a lot of control in the palm of their hand.

Q. But that’s also scary, right? Bullying and sexting is a real concern to them?

A. Yes, it’s good and bad. Because they are so aware of how quickly things can spread, they have to tend their own personal brand more than we ever had to think about as kids.

Q. What should marketers give them?

A. Customization and personalization are so important. They don’t want to see themselves in anything that is one-size-fits-all. But then they want lots of sharing mechanisms so they can get the validation they need. That’s the one-two punch they’re craving.