Kia's Sprague Keeps Focus On Products And Brand On Message 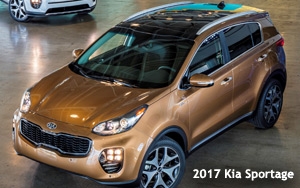 Kia with a perception issue? Today? Its vehicles are highly regarded both in design and quality, and it has a strong message and position in the market, with key, high-visibility relationships such as its official partner status with the NBA. J.D. Power awarded Kia second place in initial quality among all auto brands this year, behind Porsche.

Michael Sprague, who became Kia Motor America’s chief operating officer last spring, points out that five years ago, Kia was at the bottom of that list. The brand is indeed on the move, but Marketing Daily caught up to Sprague at the Los Angeles Auto Show.

Q: I can't imagine Kia has anything like the perception issue it used to have.

A: There is still an issue in the marketplace, particularly for those consumers who have been holding onto their vehicles for 10 to 12 years, which more and more people are doing. Ten years ago, we were a much different company than we are now. Our portfolio has become all new over the past five years. So if you weren't in the marketplace over the last couple of years, you wouldn't know how Kia has changed, because you weren't shopping. So we have had to continue to reinforce all the great things about the brand.

Q: What are the keys to achieving that?

A: It's more than just the advertising, when consumers consume media in so many different ways now. You are talking traditional broadcast, new channels, PR, showing the SEMA vehicles as we are doing here. It's the experiential programs — the ride-and-drive events, showing up at unexpected places; it's in-cinema, where you know you have captured someone who is there to be entertained and has a more open mind. The NBA partnership has continued to strengthen. We patch our patch on jerseys in the All-Star Game, and that will raise awareness of the brand as well. It's the Super Bowl for the seventh consecutive year with a 60-second spot in the third quarter. It's social, and all aspects of digital.

Q: Kia has traditionally focused communications on the product, and let the products speak for the brand.

A: …because we continue to launch new vehicles and that's part of building the awareness for the brand. I'd love to be able to do a big brand campaign, but in 2016 we are launching the all-new Optima, the all-new Sportage, a dedicated hybrid coming out later this year, a new Cadenza, so there are lots of things we have to keep telling consumers about, and each vehicle has a target customer we are going after, so the marketing plan for one is going to be very different from the plan for another because of who we are targeting.

Q: Is it enough that the products speak to what the brand is, what it represents?

A: The products need to support what the overarching brand stands for. From my perspective, if you look at the brand over the last six years, we have always considered ourselves a challenger in terms of the products we come out with and how we go to market. We have been talking about this idea of “defy ordinary,” meaning we don’t want to do things that everyone else is doing. Consumers are attracted to that. People want to stand out and be different from the crowd. From a product standpoint, we positioned ourself as a youthful, sporty, fun-to-drive car. I think that's the position of the brand, and the products need to deliver upon that, and I think they do.

Q: Your agency [L.A.-based David & Goliath] has a strong vision, and, based on the work, a lot of creative autonomy. It’s a long-term marriage. Is there ever friction?

A: There can be some creative tension between what our vision is and what their vision is, and I think that helps spark cool ideas that then become campaigns, whether it's Blake [Griffin], Lebron [James], the [Kia Soul] Hamsters, the Super Bowl, or whatever. We have a pretty lean organization, so there are not those layers and layers of reviews, where ideas get watered down. The agency comes in, and it's myself, [VP marketing] Tim Chaney, and the agency. They understand who we are, our vision for the brand, and have helped us articulate that vision.

Q: Will you do another Hamsters campaign for the Soul (compact crossover)?

A: We did not one this year, and it's one of those situations where the agency and client might become bored with it quicker than the consumers have. But our dealers love it, and the research shows the consumers still love it, so it hasn't outlived its usefulness. Whether or not we come out with another campaign, that's the subject of another story in the future.