Cadillac's Ellinghaus On Meaning And Method 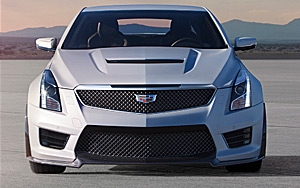 Cadillac revealed a crossover SUV at the Los Angeles auto show, a much-needed vehicle for the GM Luxury lineup. The 2017 XT5 is, finally, the first of a series of crossovers for the brand. But Cadillac has also needed something else: an identity and a meaning. The brand — which spent billions on new products, a move to New York, and a new marketing platform — hopes it has found them. “Dare Greatly,” by Publicis, debuted on the Oscars this year.

The campaign puts Cadillac vehicles in SoHo, where entrepreneurs roam, and near where the brand now physically lives. Marketing Daily met up with Uwe Ellinghaus, CMO of Cadillac, on the left coast, on the floor of the L.A. show, to delve into Cadillac semiotics.

Q: “Dare Greatly” puts a lot of focus on the world where Cadillac lives [now, literally]. Why not focus more on the products and let them speak for themselves?

A: There are no great brands without great products, first of all. So it all starts with product. But it does not end with product. Let’s face the reality that, for several years — almost an entire generation of cars — Cadillac has made much better cars than the brand image necessarily was conveying. The company hoped that if the cars were good enough, then all of the credentials and praise from the press would turn the brand around, and these cars would sell by themselves. But a huge mistake in our industry is to solely delegate the job to elevate the brand to the product.

Q: But won’t the product do the job if the marketing talks about the product’s attributes?

A: No, it will not, not by itself, because customers who are not sure they want to be seen in a Cadillac — the brand does not resonate with them, or mean anything to them — are not going to be interested in the technical details about the car. So early in the purchase funnel they already say “Oh, no, not Cadillac.” And as long as the brand has no relevance, you cannot simply say “great products,” you need to address this, and have a point of view as a contemporary American luxury brand.

Q: Especially in the luxury category ...

A: Luxury brands regardless of product category — suits, watches, cars — are bought intuitively; people simply fall in love with them, are intrigued by them. “I simply liked it so much I needed to have it.” And they are probably not arguing their way into it with technical details. I think we can learn that purchase decisions even for cars are, at the very end, very emotional, and to a certain extent, irrational decisions, because there are no bad cars now. You can no longer argue that “we have good quality, safety, superior technology.” All car manufacturers have that, including outside of luxury. Luxury may have design and, of course sophistication, inside and out. But you also need to have this mindset, this point of view: what does this brand stand for?

Q: Why so late in the game for such a long-lived brand?

A: The focus had been solely on the car. If the brand doesn't have an appealing message, that we are the brand that dares greatly for people who also dare greatly, then we will not get there. This is why I am really convinced that, while we need world-class product, if we stop there we will not succeed.

Q: But you can’t change peoples’ minds about a brand and make them desire it by telling them what it means?

A: We are not telling them what to think about Cadillac, but we are offering a point of view, and saying we have the guts to reinvent ourselves after 112 years. Building a brand is storytelling.

Q: Who is the most receptive audience?

A: I have limited hopes to change the Image of Cadillac among Americans of a generation who walked away from us for the German brands. They won’t come back. But the great thing about Millennials is, they did not grow up with this perception. I think we have the chance to be the new cool because younger generations want to distance themselves from what their parents and grandparents are driving.