Wired To Produce Shows For Netflix 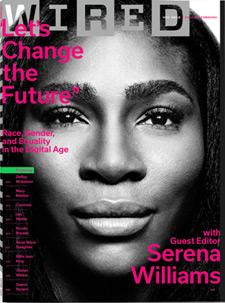 Wired magazine is partnering with RadicalMedia to produce a new series for Netflix devoted to design, according to BuzzFeed, which first reported the news based on an internal memo from the publisher.

The new series, scheduled to debut in fall 2016, will consist of eight hour-long documentaries giving viewers an inside look at the work of famous creative types, focusing on the role design plays in their work, publisher Kim Kelleher wrote in an email to staff.

It will be produced by Wired editor-in-chief Scott Dadich and directed by Morgan Neville, who previously directed “Best of Enemies” and “20 Feet from Stardom.”

According to Kelleher, the series will resemble “Chef’s Table,” but for designers. Each of six episodes of “Chef’s Table” took viewers into the kitchen and life of a world-famous chef. The design series will take its editorial direction from the Wired By Design conference, which held its inaugural event last year.

This is just the latest in a series of deals by publishers looking to expand their video footprint. Earlier this month, A+E Networks and Vice Media revealed details about their plans for a new Vice TV channel, tentatively named Viceland. A+E will rebrand its H2 channel into the new Viceland, which will launch early in 2016 in about 70 million homes. Vice also announced a deal with HBO to produce a half-hour newscast.

In June of this year, health and fitness publisher Rodale Inc. signed a deal with United Talent Agency to create scripted and unscripted programming for a variety of media platforms.

Last year, Twentieth Century Fox Television and Condé Nast Entertainment announced that they had entered into a “first-look” agreement for Condé Nast to develop and produce broadcast and cable TV projects for Fox.

CNE also produced content for other networks, such as “Vanity Fair Confidential,” airing on Investigation Discovery.