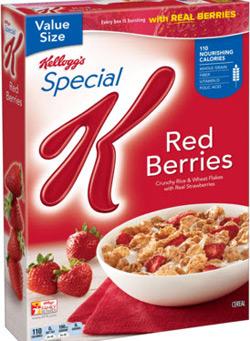 After years of U.S. sales declines, the ready-to-eat cereal category is poised for revival, Kellogg Company executives said during the company's annual meeting with the investment community on November 20.

While snacks now make up 45% of Kellogg's global business, and represent a huge growth opportunity, cereal and other breakfast products still account for 35%, noted chairman, CEO and president John Bryant.

And U.S cereal trends are improving substantially, he reported. "On our last conference call I was asked what success looks like for the U.S. cereal business," Bryant said. "I said that all we need is to have a stable cereal business — which is true, but that's not our intention. Our intention is to grow our U.S. cereal business, and I think you'll see that we are making progress in that direction. 2014 was a very difficult year for U.S. cereal. 2015 [is seeing] significantly better trends."

Paul Norman, president, North America, stressed that sales of Kellogg's core cereal brands have been uptrending all year, and that the momentum has picked up in the past four weeks, in particular.

"Kids are eating it as an after-school snack, and adults are eating it instead of a light dinner, or as a late evening snack," Bryant said. "It's incredibly versatile. Everybody eats their cereal in a different way. People add different fruits, soy milk, coconut milk, cow's milk...We're very excited about how this is unlocking future growth for the company, particularly in [developed] markets like the U.S."

Norman acknowledged that Kellogg has lagged competitors in developing single-serve and on-the-go formats for cereal (and snacks), but said that the company is on a "steep curve" to change this.

The move to single-serve formats is already underway. The company is launching Kellogg’s To Go Breakfast Mix, which has nuts and larger-than-usual cereal pieces specifically designed for dry snacking. The mix comes in resealable pouches that can fit in a car cupholder.

In addition, some brands are being packaged in "grab-and-go" cups, for consumption with milk. Those include Special K Protein, Special K Granola, Frosted Flakes with Energy Clusters, and Froot Loops Bloopers.

Froot Loops is "the fastest-growing, most over-indexing" Kellogg's cereal with Millennials, and the brand is specifically promoting out-of-breakfast consumption in its marketing, Norman reported.

Norman pointed to Special K as a prime example of change that reflects the reality that today's consumers' attention has turned away from calories and dieting to concern about what's in their food. The company diverted its efforts from "selling weight-management programs" to "putting more of what women want in Special K" — including putting more berries in Special K Red Berries, which has seen its sales take off, he said. "Visuals around scales and symbols of weight loss disappeared, and we focused flat-out on the great taste of our food in the context of wellness."

Special K Nourish — featuring multigrain quinoa flakes with nuts and fruit — are at one end of the company's new-product launchs; Kellogg's Smorz and Kellogg's JIF PB&J represent the other end of the spectrum, focused on adventurous flavors with Millennial appeal.

The Kashi and Bear Naked brands, which would seem to mesh perfectly with current eating trends, but have seen disappointing sales in recent years, are also being "renovated." For instance, by the start of 2016, all Kashi products will be Non-GMO Project Verified, and a large and growing percentage of the brands' products will be certified organic, Norman said.

He noted that Kellogg's "Open for Breakfast" program — which enables consumers to pose questions to company representatives in real time — is still small, but is representative of Kellogg's emphasis on responding to consumers' demand to know about "sustainability, what goes in our foods, where we source our ingredients, how we make our foods."

Bryant and Norman emphasized that major growth opportunities for the company (cereal and all categories) lie in expanding its distribution and sales outside of traditional grocery outlets. "Dollar, drug, club, convenience — in those faster-growing channels, our portfolio across the country is growing faster than [their categories]," said Norman, adding that Kellogg also believes that e-commerce will be a significant growth-driver going forward.

He stressed that growing the cereal business requires marketing that's "fun and engaging...and that means promotions, ideas, properties, advertising, big tentpole events in store that drive interest to the center of the store."

Speaking of the company as a whole, Bryant said that its commitment to brand-building is reflected by the fact that it spends about 8% of its sales on advertising, "which is  around twice the average for the food industry." In addition, "another 2% is in SG&A that's also brand-building, including consumer promotions, so about 10% of sales in total goes to brand building."

He added that as media consumption patterns change, "it changes how we build brands." Kellogg's media investments are now "much more focused on digital, and on-the-go and bringing brands to life in-store," he said.