Watch Commercials Like Everyone Else? TV Critics Are Exempt From That 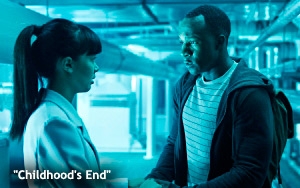 It dawned on me recently that TV critics have long done what everyone else is now doing -- cherry-picking the shows they want to watch and then watching them on their own schedule, minus the commercials, of course.

We TV critics were the original time-shifters, thanks to the TV industry’s well-oiled publicity apparatus. Speaking for myself, I have enjoyed the privilege of watching TV shows in advance of their air dates -- according to my own timetable -- at least since the early 1990s.

The videocassette was the en vogue method of delivery for upcoming TV shows in those days, eventually to be replaced by DVDs. Nowadays, the preview DVD is being replaced by online opportunities to view new shows in advance. With this method, network p.r. departments permit critics to screen new shows on proprietary Web sites for which the critics and other journos on the TV beat have set up usernames and passwords.

It is a supremely convenient means of previewing TV shows. You don’t even have to leave your desk. In fact, you don’t really need an actual TV set anymore, even if a show is delivered on a DVD because PCs play discs too.

Sometimes, a show is available both online and on a preview DVD. This is the case with “Childhood’s End,” for example, a three-part miniseries premiering Dec. 14 on Syfy. About a week ago (or maybe more), I received a lavish media kit from the Syfy publicity department that had a DVD with the mini’s first two parts. They also e-mailed a link to watch the two episodes on-line. Then, some days later, an e-mail appeared with a link to Part Three.

I just might watch some of “Childhood’s End” today. I also have a DVD here of a comedy premiering next week on NBC called “Telenovela.” Maybe I’ll watch that. And I was delighted to receive two discs yesterday with upcoming episodes of the final season of “Downton Abbey,” premiering Jan. 3. The discs contain eight of the upcoming season’s nine episodes. How’s that for convenience?

In the context of this blog post, however, “Downton Abbey” is a special case. Since it’s on PBS, it’s not broken up by commercial breaks, which brings me to the crux of this post: TV critics have long toiled in their own commercial-free bubble, where the viewing experience is vastly different from the one their readers are having.

I have long contemplated this phenomenon in which TV critics not only get to watch TV shows in advance of everyone else (often during “regular” business hours when most other people are involved in actual work), but critics get to see the shows in a commercial-free way that bears little similarity to the way regular folks will eventually be watching the same shows.

However, it’s not so different today because readers -- i.e., viewers -- now have some means at their disposal to watch TV without commercials. Most notably, they can fast-forward through commercials on any show they record with a DVR. At least, that’s been my experience. And when I watch a DVR’d show (yes, I still use it from time to time), there’s no way I’m going to sit through commercials when I have an easy, fast means in the palm of my hand -- my remote -- to blow right through them.

For many viewers, one of the big reasons they like PBS and HBO, for example (although the two are very different) is because they get to watch the shows on these networks without commercial interruption (even if it costs them extra in the case of HBO). It happens to be a more enjoyable way to watch just about anything. Turner Classic Movies provides this experience too.

Other methods, such as streaming shows on Web sites such as Hulu, don’t allow you to fast-forward through commercials, but people watch these shows anyway for a bunch of reasons -- they can watch them whenever they want, wherever they want on whatever device they want. It’s also true that in many cases, the commercial pods embedded in streaming shows are not as long as those we are all encountering these days when we watch regular old broadcast and cable television.

Maybe that last sentence provides the lesson here. While almost every normal person I know would avoid watching commercials altogether if they could, they probably don’t really mind sitting through a few of them. With that in mind, networks should air fewer commercials and reduce the number of commercial breaks in a typical hour. Maybe that way, people wouldn’t be searching high and low for ways to skip watching commercials completely.

As for TV critics, we’re fine with watching TV without commercials. After a while, you get used to it.

advertising, tv
1 comment about "Watch Commercials Like Everyone Else? TV Critics Are Exempt From That ".
Check to receive email when comments are posted.
Next story loading