USPS Could Be A Boon To Email Marketers in 2016 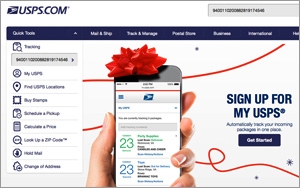 The United States Postal Service (USPS) began rolling out a new email initiative for snail mail to the New York City metropolitan area this weekend. The service, Informed Delivery, sends customers an email each morning with their mailbox contents for that day.

The free service emails customers black-and-white images of their mail by 11:00 a.m. EST on the day it has been processed for delivery. The service is expanding for the first time since it became available in parts of Northern Virginia in 2014, and further coverage is planned for 2016.

The service will be useful in tracking down lost mail or identifying theft attempts, and could also be a boon to email marketers.

Fifty-four percent of consumers want to receive mail from brands they are interested in, according to a recent MarketingSherpa study of over 2,000 adult respondents. In comparison, only 19% of 455 marketers in the study currently offer snail mail-based promotions.

Snail mail is also a powerful marketing channel for older audiences, as 61% of consumers between the ages of 55 and 64 stated that they wanted to receive print updates from brands.

Marketers who are keen to leverage USPS' new services, however, should note that Informed Delivery is currently restricted to letter-sized mail. No mail is ever opened, and images are only of the exterior, address-side of the letter.

USPS first confirmed to The New York Times in 2013 that it photographed all U.S. mail in an effort to better organize high volumes of mail, as well as to offer its photography services to law enforcement officials investigating criminal cases.

The service was initially created after the 2001 anthrax attacks that killed five people.

Informed Delivery is not available for businesses at this time, but consumers can sign up to begin receiving inbox notifications of their mailbox.