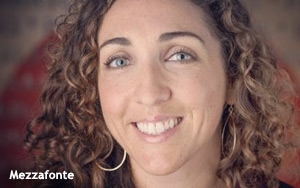 In the newly created position, Mezzafonte will manage operations for all of Bauer Xcel Media channels, whose brands include Life & Style, Woman's World, J-14 and InTouch, as well as premium digital brands, such as RecipesPlus.

Mezzafonte will be responsible for the growth of current digital products, as well as creating and managing new ones.

She will also be leading product, marketing and editorial departments, according to Christian Baesler, president of Bauer Xcel Media U.S. operations.

Mezzafonte was previously at About.com, where she served as general manager. Before that, she was general manager for Hearst Digital Media. Mezzafonte also held both editorial and leadership roles at a number of content brands including ElleDecor.com, AOL and Country Living.

"To build a digital division within a magazine publisher requires an adaptive nature and a willingness to take a user-first approach, making thoughtful decisions that are supported equally by a combination of data and editorial judgment,” Mezzafonte stated, adding that Bauer Xcel Media “operates nimbly, embracing new media channels while scaling established ones.”

As Publishers Dailypreviously reported, in February, Bauer Media Group brought together all its digital properties around the world to Bauer Xcel Media, a single digital platform, which was already operating in the U.S. to combine the digital assets of Bauer’s American properties.

In November, Bauer Media Group USA announced the transfer of M and Twist to digital-only formats. The last print editions will be each magazine's January/February 2016 issue.

Bauer reported that its Teen Network, which also includes Girls' World and Animal Tales, has a shifting audience. While its online audience increased 175% over the last two years, from 2.9 million unique visitors to nearly 8 million, total paid print circulation for both M and Twist dropped well over 50% since 2012, according to data from the Alliance for Audited Media.