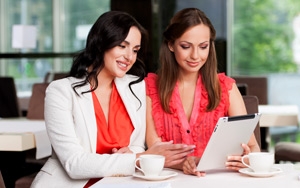 The tablet market is holding steady for now. But it may look very, very different in the coming months and years.

According to Mintel, about half of U.S. adults said they planned to purchase a tablet either as a gift (18%) or for themselves (32%) during the final quarter of 2015. With penetration at 57% of all consumers, the sector should remain healthy as consumers replace the tablets they already have.

“I think there’s still some room for penetration growth; it might push a little higher, but some of that’s on the high-end,” Billy Hulkower, senior technology analyst at Mintel, tells Marketing Daily.

However, the types of tablets likely to sell in the future will probably fall into two distinct categories, Hulkower says -- lower-priced, smaller tablets and the more expensive “pro” versions of tablets already on the market.

“As the tablet market becomes more mature and penetration grows ever higher, sales of sub $200 tablets will become increasingly reliant on gift purchasers,” Hulkower says. “I think there’s a real [market] for the high-end products with the name ‘pro’ in them.”

The sector will also see more pressure from smartphones, where screen size is increasing, and laptops, some of which are light enough to compete with tablets for functionality and price.

“If someone has a tablet in-house, and it’s not used, [makers are] going to be having a hard time of convincing [that person] to replace it,” Hulkower says. “I think some tablets are going to have a hard time making increased sales.”

In the meantime, tablet marketers will have to make a convincing case that the tablet is more than just a passive consumption device, Hulkower says.  “In terms of broadening the market, that is going to depend upon whether people see them as productivity tool,” he says. “There has to be a marketing orientation towards that.”