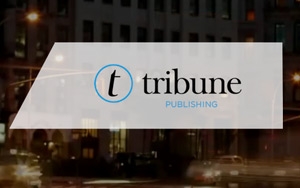 Shares of Tribune Publishing Company increased by 11.58% in the last month and rose 1.78% in the past five trading sessions, giving the company’s diving shares an end-of-year bump.

However, not even a bump in shares can save Tribune Publishing Company from this year’s trend. The company has declined 40.05% since May 14, 2015 and is down-trending. It has under-performed the S&P 500 by 37%.

Tribune Publishing Company is a spinoff of Tribune Media Company, formerly Tribune Company. The company’s operations are divided into two industries: publishing and broadcasting and entertainment.

Tribune Publishing has recently been bulking up its digital team, with new hires Rajiv Pant and Mohit Pandey, in order to make up for continuing declines in newspaper advertising revenue.

Under the leadership of Denise Warren, president of digital, Tribune Publishing will tackle several new initiatives in 2016 to mobilize digital subscription growth, including switching to a metered model across all of the company’s properties in the first quarter of the new year, optimizing the print-digital bundle and improving content discoverability, the company stated.
newspapers, online publishing
Next story loading