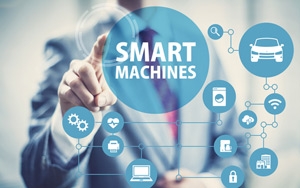 Google's Internet of Things platform and language, Brillo and Weave, announced last March have new partners. The relationships were announced Tuesday at the Consumer Electronics Show (CES) 2016 in Las Vegas.

Brillo and Weave comprise Google's communication framework for connected devices supporting the Internet of Things that Juniper Research forecasts will reach 38.5 billion connected devices in 2020, up from 13.4 billion in 2015.

What do consumers think makes a home smart and secure? Some 63% believe the solution is security such as locks and alarm systems; 63% look to temperature control through thermostats and fans; 58% think it involves lighting such as smart light bulbs; and 56% are concerned with safety measures such as fire and carbon monoxide detectors.

Here are some examples of Google partner announcements made at CES:

Asus built a smart-home bridge based on Brillo that should allow people using other Asus smart-home products to hook them up to an Android phone. The company doesn't plan to stop at just a hub, and plans to release more products this year.

Marvell announced the EZ-Connect MW300 and MW302 Wi-Fi microcontroller system-on-chips (SOCs) that support Weave. these microcontrollers can be used by other manufacturers of home appliances, wireless storage, thermostats such as Next, toys, and other connected products.

Harman is the "first systems integration partner" for Brillo and Weave in which their speaker product line will be updated to support the protocol in 2016. The company also says it will simplify the design process for manufacturers by providing support throughout the entire development cycle, making the ability to go to market easier.

Kwikset, a major smart lock company, also positioned itself to work with Google on a line of smart locks that will connect with Android-running phones.

LG also will build Brillo and Weave into its products to help make their appliances less reliant on specific apps and phones for control.