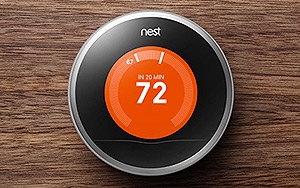 Consumers’ interest in always-on connectivity and the Internet of Things will push the U.S. consumer technology industry to $287 billion in retail revenues next year, according to the Consumer Technology Association (formerly the Consumer Electronics Association).

While that number will be another sales record, it’s only a modest 1% growth over 2015, according to the CTA. Longer product life cycles and the disruption of replacement items with different devices will slow growth and put pressure on the category, according to the organization.

Mature categories such as smartphones, televisions and laptops will account for just over half (51%) of the consumer tech industry revenue. Smartphones are expected to increase 4% to $55 billion in revenue for 2016, but tablet revenues will decline 12% to $18 billion. Television sales revenues are expect to remain relatively flat at $19 billion, but sales of 4K Ultra High-Definition sets will continue to climb, jumping 65% to $10 billion.

The big areas of consumer tech growth are expected to be newer categories such as wearables, smart home devices, virtual reality devices, and drones. In wearables, fitness trackers will reach $1.3 billion in revenues, while smart watches will reach $3.7 billion (a 22% increase). Smart home devices, meanwhile, will increase to $1.2 billion in revenue and a 21% increase in units sold.

Led by Facebook’s Oculus Rift product (which is expected to be available in March and priced at $599), Virtual Reality will be a huge sector this year, generating $540 million in revenues -- a 440% increase. And despite registration for the heavier units, drone sales are still expected to grow, reaching $953 million in shipment revenues, up 115%.

“We are at a time when new tech categories can come out of seemingly nowhere and lead to disruption in the blink of an eye,” said Shawn DuBravac, chief economist and senior director of research at the CTA said in a statement. “As economic fundamentals improve – a strengthened labor market, solid consumer spending, lower energy prices – the tech industry’s bottom line will continue to surpass record unit and revenue levels in 2016.”