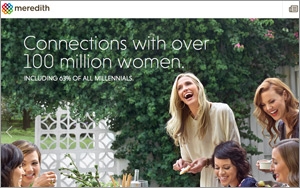 Broad-based media and communications deal-making rose moderately in 2015 -- with Internet media deals witnessing some of the strong activity.

Deal volume rose 8% for the year to 1,857 with total value growing 12% to $109 billion, according to investment banker Berkery Noyes.

The median cost of those deals declined on a cash flow basis to 8.7 times earnings before interest, taxes, depreciation and amortization (EBITDA) from 11.0 times cash flow in 2014.

Internet transactions rose 19% during the year to around 475. One of the biggest was the Alibaba Group’s announced acquisition of big China-based video platform Youku Tudou for $3.37 billion.

The biggest category remains marketing mergers and acquisitions, which rose 6% to around 650 deals. The largest m&a deal was Dalian Wanda Group’s acquisition of Infront Sports & Media AG for $1.2 billion.

The only declining category of the six Berkery Noyes follows was consumer publishing -- down 5% in 2015. The biggest deal here was Japanese media group Nikkei’s announced acquisition of The Financial Times from Pearson for $1.3 billion.