Was This 'X-Files' Reunion Necessary? The Answer Is: No, It Wasn't 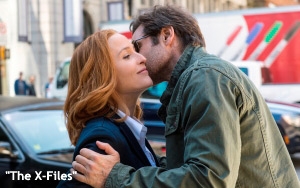 The problem with TV reunions and sequels is that they often come across as halfhearted.

This reunion of the FBI’s intrepid outer space alien hunters Fox Mulder (David Duchovny) and Dana Scully (Gillian Anderson) is like the proverbial answer to a question nobody asked -- unless I somehow missed a groundswell of interest on the part of “X-Files” fans for getting these two back together for another go at it.

But here they are -- reunited and it feels, well, not like much at all. I previewed the first of the new episodes a few weeks ago and if memory serves, the decidedly anticlimactic reunion of Mulder and Scully took place on a Washington sidewalk. They greeted each other, and except for him pecking her on her cheek, they seemed otherwise estranged.

The backstory is that they’ve both been out of the FBI for quite some time but are pulled back in by their old supervisor, Walter Skinner, played once again by Mitch Pileggi. Here’s the part where I could tell you what their new case is all about, but (a) I wouldn’t want to spoil it for anyone who’s really, really interested in this new “X-Files” story and (b) I’ll be darned if I know.

All I know is, while I was watching this new “X-Files,” I was trying to remember the old one as I wondered: Was “The X-Files” this confusing and impenetrable back when it was such a hit?

I will admit I was not a habitual watcher of the show in its heyday, but I recall that I liked its fanciful stories and its creative details, such as the character known as the Cigarette Smoking Man and the other one named Clyde Bruckman, played by Peter Boyle, who was named after a writer and director of slapstick comedies in the 1920s and ’30s whose work I happened to have admired.

The Smoking Man is back in this new go-round, but Clyde Bruckman is not, since the character committed suicide in the original series.

While watching the first of these new episodes, I was confused by the story -- not because I wasn’t paying attention, but because the telling of the story seemed so slapdash. Let me take a stab at guessing what’s going on here: Skinner has brought back his best investigators not to look into rumors or sightings of visitors from other planets, but to find out whether the government is either covering up past visits of extraterrestrials or, even worse, has long been in the business of making up these UFO stories in order to conceal other situations that are even more nefarious.

And if you don’t quite understand that last sentence, then I apologize. But it does approximate the befuddlement you might feel if you watch this new “X-Files.”

Whatever qualities the original series had that made it so popular so long ago seem to have eluded the producers and writers this time around. Part of the problem might be that TV has changed so much since the era when “The X-Files” was one of TV’s most talked-about shows.

With the great expansion these days in the number of “quality” TV shows that everybody talks about, a remake/update of a show from the era before this new Golden Age just seems dated and unnecessary, especially if the new version of the show fails to dazzle as the original once did.

“The X-Files” premieres over two nights – Sunday (Jan. 24) following the NFC Championship game, and Monday (Jan. 25) at 8 Eastern on Fox.

tv
3 comments about "Was This 'X-Files' Reunion Necessary? The Answer Is: No, It Wasn't".
Check to receive email when comments are posted.
Read more comments >
Next story loading