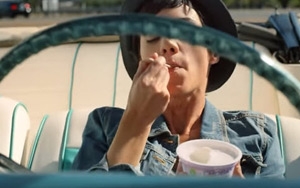 As reported in Marketing Daily last week, Chobani's first major campaign for Chobani Simply 100, which calls out artificial ingredients in competitive Dannon and Yoplait products, has set off a legal dispute with competitor Dannon.

But how are consumers reacting?

According to survey data from Ace Metrix described by senior content marketing manager Miriam Tremelling, some consumers are expressing displeasure or annoyance with the negative attacks on competitors in the two Simply 100 TV ads.

In open-ended survey questions, some directly indicated that the tactic gave them "a more negative impression" of the Chobani brand, or even that they would not buy Chobani because of it. ("I wouldn't buy the product for that simple fact alone. I don't like to associate with bullies.")

However, the ads received strong marks — particularly among the target female audience — for clearly communicating their message, and in some cases the ads drew high Ace Scores even among those who found the attacks distasteful. The ads were ranked highest among those who use the brand, bought it in the past, or might purchase it in the future.

Looking at the two ads individually, the "Pool" ad's overall Ace Score of 614 was "well above" the dairy category's average score of 585, notes Tremelling. It exceeded the average scores for all of the components measured within the Ace Score, scoring highest on "information," "change" and "relevance."

The ad (which criticizes Dannon Light & Fit for using artificial sweeteners) scored highest with women 36 to 49, and exceeded the category norm with all segments except men aged 50 and older.

The "Fruit Stand" ad, which calls out a common preservative used in Yoplait Greek 100, also performed best among women 36 to 49, and among those who use it, have used it, or intend to try it. This ad also generated the mixed response of praise for the information offered but displeasure with the competitive attacks.

"Time will tell how this sort of negative advertising will affect a brand's perception with consumers," observes Tremelling, adding: "From what we are seeing, consumers may not like the attack approach, but information reigns supreme, especially when talking about health and ingredients."

1 comment about "Chobani's Competitor-Bashing Ads Get Mixed Reaction".
Check to receive email when comments are posted.
Next story loading