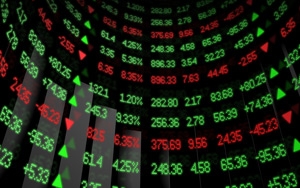 At AdExchanger's Industry Preview on Thursday, panelists talked about what the ad tech world can expect in 2016 in terms of acquisitions, beginning with a chat about Yahoo.

Robert Peck, analyst, SunTrust, said Verizon’s intentions for Yahoo are of interest. Verizon has said publicly three times that it wants to look at Yahoo since its core business might be worth $6 to 8 billion, Peck said.

“I’m not sure I’m going to put $6 billion on [Yahoo], but it’s certainly worth billions,” Stabler said.

So what kind of players will be acquired in the future? Rohit Kulkarni, VP-Internet equity research, RBC Capital Markets, said companies "able to crack cross-device, attribution, measurement analytics, that entire mousetrap," will be be extremely attractive to a variety of players.

Peck added that he thinks whether a company goes public or not will likely be determined by how the market behaves. Multiples are a factor when considering an IPO that would put finances under scrutiny, Peck said. He mentioned Deezer, a competitor of Spotify and Pandora, that decided last year it wouldn't go public and instead raised funding in a private round.

"The road to an IPO is an arduous one," Stabler said. "That road looks a lot more formidable when the landscape looks like it does today."