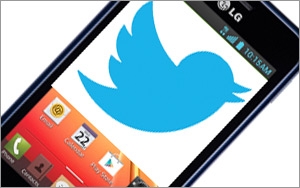 Amid increasing pressure to grow its audience, however, the social network is opening its doors to unregistered visitors. Now, people without Twitter accounts -- and users who are not presently signed in -- can follow a variety of content streams in real-time.

No niche segment, Twitter counts about 500 million consumers that visit its property each month without logging in.

Along with slumping user engagement, Twitter is failing to meet analysts’ revenue expectations.

While maintaining its buy rating on Twitter, Pivotal Research analyst Brian Wieser just reduced the company’s price target from $43 to $34. Wieser cited “slightly diminished revenue expectations over a multi-year time horizon, and more because of higher capital costs we think are appropriate given reduced confidence investors will have in the stock and the company.”