And The Grammy Goes To ... Based On Searches 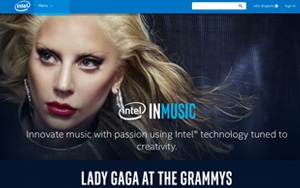 Ask me what I would take to a deserted island that I cannot possibly live without -- aside from my husband, family and dog -- and my answer would be music.

Ahead of the Grammy Awards Monday night, iQuanti analyzed the nominees in this year's top categories to see the artists ranking the highest based on Google searches between Feb. 1, 2015 and Jan. 31, 2016.

Looking at the categories of “Best New Artist,” “Song of the Year,” “Album of the Year,” and “Record of the Year,” iQuanti calculated the total searches for each nominee and ranked them based on their monthly average in searches. iQuanti's list of the Internet’s choices based on searches, along with the monthly averages and its forecast of winners per category follows.

For the Best New Artist, Meghan Trainor, a pop singer, garnered the most attention on google.com, reaping 673,000 searches. Sam Hunt, a "progressive" country artist whose songs sound more like rap, follows with 550,000.

"Uptown Funk" by Mark Ronson, featuring Bruno Mars, should get Record of the Year with 673,000 searches on google.com; followed by "Thinking Out Loud" with 201,000.

This year CBS will throw West Coasters a bone and broadcast it in the Pacific at 5 P.M. PST and Mountain time zones at the same time it airs in the Eastern zones.

Segments of the Grammys also will have several sponsorships, such as a live music video featuring Gwen Stefani singing her new single "Make Me Like You" during a four-minute Target-sponsored segment. Lady Gaga's performance, a David Bowie tribute sponsored by Intel, aims to foster creativity in the world.

Check back in here Tuesday with a comment and let me know how iQuanti did.