For Grammys, Target Tests The Limits Of 'Live'

Looking to push the limits of in-the-moment ad 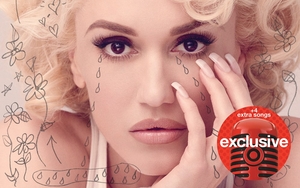 vertising relevance, Target is trying a first at
Monday's Grammys: In a four-minute spot, viewers will watch singer Gwen Stefani create a music video for her new single, right down to multiple sets and costume changes.

The effort is in support of Stefani’s “This Is What the Truth Feels Like” album, due to be released March 18, including a version with tracks exclusive to Target. And it’s an attempt to top last year’s first, when the Minneapolis-based retailer sponsored a four-minute performance from Imagine Dragons.

Billboard reports that while definitely a first, there have been a few precedents, including Erykah Badu filming a live music video for "Phone Down" last November on Periscope, and Death Cab for Cutie’s 2011 "You Are a Tourist" online video, which they described as the first scripted live music video.

In addition to the video, to be directed by Grammy-winner Sophie Muller, Target and Stefani are also using a social media campaign, #MoreMusic, offering behind-the-scenes access. And plans call for a second view of the event, through Periscope, Facebook Live and Snapchat, before turning the event into the song’s official video, which will live on Vevo.

“Gwen is both a music and style icon, and someone Target has had the fortune to work with on a number of occasions over the years,” says Jeff Jones, the chain’s CMO, in its release.

But Target won’t be the only brand making noise during music’s biggest night. Lady Gaga, who is performing a tribute to the late David Bowie, also shines for Intel, and Procter & Gamble has new shoppable Covergirl ads on tap, starring Zendaya. MasterCard is continuing its #PricelessSuprises effort, sponsoring numerous red-carpet events leading up to the big night. And Aflac is running a "Rock the Red Carpet" campaign and promotion, inviting fans to share their own red carpet dos and don’ts, and to follow @AflacDuck on Instagram.