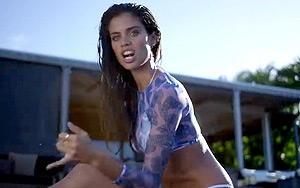 Editor's note: This week, Marketing Daily brings you exclusive coverage of the Brand Keys 2016 Customer Loyalty Engagement Index (CLEI). Each day, expect a report on key product/services categories from among the 72 surveyed for this year’s study, including automotive, electronics, retail, technology and alcoholic beverages. This third installment provides highlights from the retail category.

As department stores struggle to reinvent themselves in a way that makes sense to omni-dexterous young shoppers, Macy’s looks like the biggest casualty, with its customer-loyalty ranking tumbling so low that it’s almost as bad as … gasp … Sears. But clearly defined brands that resonate with Millennials are climbing: In its category, Victoria’s Secret shot to No. 1, according to Brand Key’s 2016 Customer Loyalty Engagement Index.

The problem for department stores is that “all the rational things you offer are literally table stakes,” says Robert Passikoff, founder/president of Brand Keys. “Once you announce you’re giving the stuff away, price isn't the issue. Macy’s strategy, relying on other brands to bolster it, isn’t enough. In terms of the emotional value you offer shoppers, it’s the experience. People want to come in and feel good. Macy’s offers lots of discounts, but people don't feel special when they shop there.”

Interestingly, he says Macys.com performs better, which is true for many brick-and-mortar brands, including Target and Walmart.

Off-price chain Marshall’s came in as the No. 1 brand in the department store category, followed by TJ Maxx, Dillard’s, Kohl’s, and JCPenney. Macy’s, which tied for second last year, fell to sixth place, trailed only by Sears.

By contrast, winners in the specialty apparel category -- led by Victoria’s Secret, Old Navy, Footlocker, and PacSun -- all provide some kind of experiential access, whether it’s through beacons, texting, “or any digital tool that makes it feel like a different experience. If you cannot engage these people emotionally, then you are just in the business of giving stuff away.”

What’s clear, he says, is that being known isn't enough to help retailers. “You’ve got to be known for something.”

Among discount retailers, Target pushed Walmart out of the No. 1 spot. Home improvement chains were unchanged from last year, with the Home Depot at No. 1, followed by Lowe’s, Ace and True Value. In sporting goods, REI jumped to No. 1, followed by Big 5, Dick’s, Sports Authority, Modell’s and Cabela’s.

And in online retail, Amazon remained No. 1, followed by Apple.com. EBay and Target.com tied for third place, with a Zappos/Walmart.com tie in fourth place. No. 5. Macys came next, with Buy.com and Overstock.com bringing up the rear.