What You Need To Know About 6 Top Ad Blockers 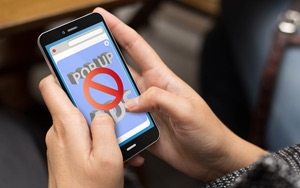 Digital advertising has a big ad-blocking problem. In the spirit of becoming more informed, here's a list of six top ad-blocker apps, what they offer and what users have to say about them.

These are among the most popular in Apple's iPhone app store -- each has received at least 50 user reviews.

App: Crystal Adblock
Size: 8.4 MB
Cost: $0.99
Whitelist Option: Companies can pay to be whitelisted.
Features: Claims to load pages four times faster and save up to 50% of data by blocking ads.
What People Say About It: Reviews praise the product for being straightforward. Some say it doesn't block enough ads, including one reviewer who said: "Pages are now much slower to load again, which is hugely frustrating. It was the biggest reason I bought the app."

App: Focus by Firefox
Size: 9.6 MB
Cost: Free
Whitelist Option: No.
Features: It blocks ad, analytics and social trackers, as well as Web fonts.
What People Say About It: The blocker gets generally positive reviews, but people frequently comment on the lack of a whitelist feature. "The problem is, there is no way to unblock a site you trust, a site with interesting and tasteful ads, or a site you wish to support," said one user. "I'd like the NY Times to get paid for the ads I read, but I can't unblock this one site."

App: Purify
Size: 20.9 MB
Cost: $1.99
Whitelist Option: Yes.
Features: The app says: "You deserve to browse in peace." You can turn certain features on and off, such as blocking images, scripts, custom fonts and tracking.
What People Say About It: One user praised the app for blocking comment trolls. Another said the app was too aggressive, blocking video streams and social media comments when the user had turned social media and comments blockers off.

App: 1Blocker
Size: 11.5 MB
Cost: Free for the basic version; $2.99 for the "unlimited blocker" version.
Whitelist Option: Yes.
Features: The app offers 8,000 preinstalled blockers; promises to cut mobile browsing data in half; and lets users hide page elements and block cookies. "We're supported entirely by our users and don't take money from advertisers," the app's description says.
What People Say About It: Users says it's unobtrusive, fast and "a must have for any iOS user."

App: Weblock
Size: 13.6 MB
Cost: $1.99
Whitelist Option: No.
Features: The app claims to have more than 500,000 users. It can block banners, popups, tracking, scripts, images and native widgets from Facebook and others.
What People Say About It: User describe the app as powerful and effective. "I was losing my mind with all the pop up ads," said one reviewer. "This purchase of Weblock saved the day."