The Charlie Sheen Effect On Searches 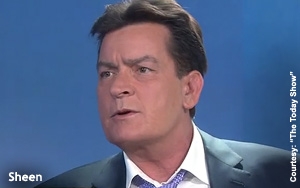 If actor Charlie Sheen did one positive thing in the past year, it was to heighten awareness of HIV after the actor disclosed that he was infected with the disease. A study released this week shows the influence search engines have on news, and news on search engines.

The November 2015 news prompted the greatest number of HIV-related Google searches in the United States since 2004 on any single day, according to a study released Monday.

"Charlie Sheen's disclosure was potentially the most significant domestic HIV prevention event ever," Mark Dredze, a Johns Hopkins researcher who led the study of online data, wrote in a report.

More than 1 million of those Google searches were for public health-related information. The day Sheen made the announcement, Nov. 17, researchers found more than 6,500 HIV-related news stories, excluding duplicates from the same news source, on Google News, reversing a decade-long decline in news reporting about the virus. This placed Sheen's disclosure among the top 1% of historic HIV-related media events.

The news also coincided with a 265% increase in news reports mentioning HIV. Some 97% also mentioned Sheen, archived on the Bloomberg Terminal system, although HIV-related news reports have been in historic decline.

Celebrities going public is not new, but now we have instant access to information through smartphones, per Dredze. "With Sheen, unlike with Magic Johnson for instance, we have smartphones in our pockets that we can easily use to learn about HIV within seconds with a single search or click," he wrote.