With Ecommerce, Mobile And Style Wins, Target Getting Its Beat Back 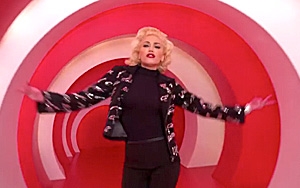 While it’s been a rough season for retailers, Target says concentrating on key categories is paying off. The Minneapolis-based retailer reports that comparable-store sales gained 1.9% in the fourth quarter.

And much of its bounce came from digital sales, which jumped 34%, as well as big wins in what it calls its signature categories — style, wellness, baby and kids, which it has said are key to continued growth. In those groups, sales increased three times faster than the company average.

Store traffic -- another key indicator that the company is rediscovering its groove -- rose by 1.3%, making it the fifth straight quarter of increases. "As I look back a year ago, I believe we are operating on a much stronger foundation today,” CEO Brian Cornell says, in announcing the results, “and we are focused on the right strategic priorities.”

He called out areas that the company is especially proud of, including a 4% increase in home -- which he says are the strongest results in that category in more than 10 years -- as well as style, with women’s apparel up 3%, outpacing the company’s average. And food, a component of its wellness category, also picked up steam as the year wore on.

In omnichannel offerings, it says order pickup jumped 60% in the full year, and that order pickup, ship to store and ship from store now account for 30% of digital sales. And it says mobile figured prominently in its holiday success, with sales on mobile devices up 2.5 times the 2014 levels, and accounting for half of all sales during some key holiday shopping days.

Target’s total fourth-quarter sales slipped 0.6%, with same-store gains offsetting the impact of its December sale of pharmacy and clinic businesses to CVS Health.

For the year ahead, it’s now predicting that 2016 growth will be in the 1.5 to 2.5% range, and earnings higher than most had expected, which means investors “may have underestimated the benefit from the CVS deal,” writes Paul Trussell, an analyst who follows Target for Deutsche Bank, which currently rates Target as a hold. He adds that its gains in digital are something of a concern and pressure profit margins “due to a need to promote heavily to compete with online competition of Amazon and Walmart.”

Still, Target’s performance offer a big contrast to competitors, including Wal-Mart, which last week cut its sales forecast from gains of 3 to 4% to “relatively flat,” driven by store closures and currency exchange rates.

And Macy’s just reported that sales for the holiday quarter sank 5.3% to $8.87 billion. On a comparable-store sales basis, they slipped 4.3%. Describing the year as “challenging,” it says sales did pick up in January. “We are well positioned to stabilize sales levels this year,” chairman and CEO Terry Lundgren says in its announcement. “Given our determination to rise above our disappointing 2015 performance, I have reminded my team that our setback last year is a setup for our comeback.”