Watchdog Faults Shark Over Use Of Amazon Review In Ad 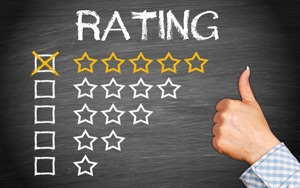 Vacuum cleaning company SharkNinja recently ran an infomercial that featured Brigetta Barone, a Texas resident who said she bought the DeluxePro after looking at online reviews.

In the spot, Barone calls attention to an Amazon.com review by M. Jeffrey McMahon, who touted the Shark Rocket. McMahon, received the product for free from Amazon because he participates in the company's invitation-only Vine program -- which gives reviewers merchandise in exchange for critiques.

Amazon disclosed the information about Vine at the top of the review, but Shark's spot didn't include a similar disclosure. That omission is problematic, according to the industry self-regulatory watchdog National Advertising Division, a unit of the Better Business Bureau.

The organization said in an opinion released Wednesday that the infomercial should have "clearly and conspicuously" disclosed that McMahon received the vacuum cleaner for free -- even though Amazon, and not Shark, provided the product.

"NAD determined that Shark’s infomercial included the endorsement not just of Brigetta, but also the endorsement to which she refers which is from Amazon.com," the watchdog wrote.

The opinion came in response to a broader challenge to Shark's infomercials by Dyson, a rival vacuum cleaner company.

SharkNinja, formerly known as Euro-Pro, said it will comply with the NAD's recommendations in the future, according to the decision.

Dyson successfully challenged Shark's use of online reviews in the past. Last July, the NAD told Shark to stop boasting that its vacuum cleaner draws "more 5-star ratings online" than other brands.

The year before, the NAD said Shark can't tout itself as "America's most recommended" vacuum cleaner when the boast stemmed from the company's interpretation of online reviews.