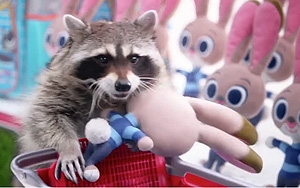 To speed its growth and continue to win Gen Y loyalty, Target says it plans to invest between $2 billion to $2.5 billion in capital expenditures a year on its omnichannel muscle, focusing on technology and flexible fulfillment. From integrating the Internet of Things into a baby’s nursery to streamlining its fresh produce operations, company executives tell investors it’s all part of its obsession with kids, baby, style, and wellness.

These four signature categories already represent a third of its sales, “and we are putting significant resources behind them,” CEO Brian Cornell said in a recent presentation for investors and analysts, which was webcast. “In 2015, those signature businesses grew three times faster than the rest of our assortment and today, we are expecting aggressive growth as we go forward into the future.”

The company is introducing Pillowfort, a new kids brand for home, which he believes can potentially double its business in that category. And it’s readying Cat & Jack, a new children’s apparel line expected to debut this summer. There is also a new style collaboration, Marimekko for Target, launching next month with which more than 200 items.

Longer-term, he says the company is expanding research to work with entrepreneurs, along the lines of past partnerships with IDEO and MIT's media lab. “We are operating almost a $20 billion food business and we know we haven't tapped the full potential,” he says. “And you'd be hard-pressed to find a better use case for the Internet of Things than in a baby's nursery. But we owe it to our guests to curate the best products, wade through all the digitally enabled gimmicks that are out there and find items that actually solve problems.”

The company is also streamlining its loyalty program, making it almost entirely mobile. When questioned about how it intends to compete with Amazon, which is coming on strong in both consumables and apparel,

CMO Jeff Jones revealed more details about its new REDperks pilot, which it tested in North Carolina; it will bring together its Cartwheel and REDcards programs. “So you will see us simplify and integrate those programs,” he says, with “the power of 5% savings every day, personalized discounts with Cartwheel in a simple, single sign-on, one barcode checkout kind of program, all on the mobile device.”