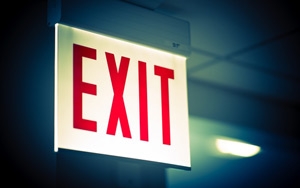 Several email companies have made overtures to departing Mandrill developers a week after MailChimp pulled the plug on its transactional email service.

MailChimp announced last week that its free Mandrill developer service would be folded into a paid-for MailChimp email marketing subscription service. To add further fuel to the fire, MailChimp announced that it would no longer offer Mandrill as a stand-alone solution. Effectively, a once-free service now requires developers to pay twice, once for MailChimp’s subscription service and again for Mandrill’s add-on service.

Developers now have less than two months to either pay up or search for an alternative vendor -- a potentially dreaded and arduous process.

“Those customers who will be moving off the platform need a quick resolution, and they deserve a high-performing solution at a price that is as good -- or better -- than what they currently have,” says Josh Aberant, vice president of growth at SparkPost. “We love developers, and we already had a planned pricing change targeted specifically to meet their needs in the works. That's why we were able to turn it around so fast.”

SendGrid, an email marketing service used by Uber and Spotify, is offering ex-Mandrill developers a 10% discount to join SendGrid by April 30. The company offers a series of tiered solutions with a variety of analytics and customizations, but its free service only pertains to 12,000 free email messages a month.

MailChimp named Amazon SES as a worthwhile -- and even better -- competitor to Mandrill in the company’s original blog post announcing the Mandrill change. MailChimp has since updated its blog post to include information on SparkPost’s new service as well.