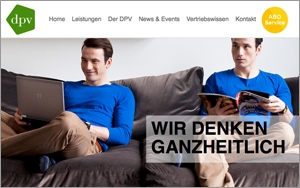 DPV will apply Zinio’s digital platform and distribution technology, called Zinio Pro, to its clients of about 650 magazines in the German-speaking market of Germany, Austria and Switzerland.

Joan Solà, EVP of global markets at Zinio, told Publishers Daily that the partnership “leverages this great relationship DPV has with publishers. They become the reseller of our platform with those publishers.”

Zinio’s technology will be a complement to DVP’s successful print distribution services by providing its publisher clients with digital distribution to all platforms, including mobile.

Solà said Zinio Pro is the result of Zinio’s acquisition of a company in 2014 that gave them the technology to provide publications with a back-end content platform and mobile applications.

“The issues publishers were facing were similar all over the world: increasing costs of production from different platforms, digital magazines were typically PDF-based and not optimized for mobile, but there was a growing demand coming from mobile,” Solà said.

The Zinio Pro platform is used by over 700 titles, including Rolling Stone, Men’s Journal and ESPN The Magazine, according to Solà. Z

inio plans to roll out the technology to all 6,000 of its titles around the world in 2016.

“We are about to announce major distribution opportunities beyond DPV very soon,” Solà added.

Nils Oberschelp, CEO of DPV Deutscher Pressevertrieb, stated that the partnership allowed DPV to run its digital publishing and distribution business "more efficiently, in a more standardized way and simultaneously for all platforms; covering the entire supply chain from content production to standardized reporting and circulation auditing."