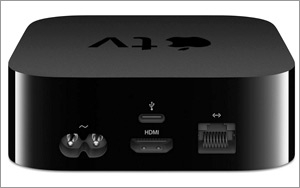 Google’s Chromecast took in 35% of the 42 million streaming units sold in 2015, while Apple took in around 20% and Roku and Amazon Fire around 15% each, according to Strategy Analytics.

Chromecast now has around 27 million units since it began selling the device in 2013, Strategy Analytics analysis says Chromecast's low price of $35 is contributing to that growth.

Roku has 20 million units in the market, while Amazon Fire TV is at less than 10 million.

In U.S. broadband homes, there were an average of 2.3 connected TV devices, Strategy Analytics says.