How SXSW Interactive Provides A New Life Perspective On Search 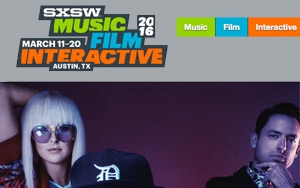 Search engines are complicated, but I'm pretty sure I don't need to make that case with search marketers. While on my way to Austin, Texas, to attend South By Southwest Interactive, I picked up The New Yorker magazine. The lead story, titled "Annals of Technology, Learn Different, Silicon Valley Disrupts Education," caught my attention. The headline on the cover read: "Learning to Think Different."

As I got into the article about a former Googler. 35-year-old Max Ventillia, who founded an alternative school, AltSchool, after facing challenges getting his own child into a school he requested, I realized the importance of always looking at something from an alternative view.

The school relies heavily on technology and an alternative way of teaching. It uses cameras, Chromebooks, and lots of data-collecting technology to determine the best method for teaching. It's enough to make any privacy advocate's hair stand up on their neck.

One of the challenges the teachers at the school face applies to search engines and involves the inability of the technology for the technology to return the best -- not the correct -- results each and ever time. It reminded me of the study published earlier this week by Stone Temple Consulting, as well as the mix of artificial and deep-learning technology I will encounter at SXSW during the next few days.

Even if the technology works as expected, there are some questionable results, according to The New Yorker, the author pointing to search engine results. Two female students searching for seals on their Google Chromebook came across some suitable results, but at the same time the search results returned an image of a porcupine corpse, with blood floating in the water after being ripped apart by a predator. Not the sort of image you want your young child to view. It also called up an image with the head of the singer Seal, which had been photoshopped, on the body of a sea lion

The exercise was preparing them for the classroom of the future and the job of the future, but the search results could be construed as incredibly disturbing -- the types of places, per The New Yorker, "where the rabbit holes" of the Internet often take us down a wrong path.

It will become interesting to see what the next few days at SXSW will bring, with so many themes focusing mostly on deep learning, artificial intelligence, and the future of innovative technology. Even President Barack Obama joins in as the opening keynote for SXSW Interactive on Friday, live-streamed from the conference's Web site.

Step out of the box and learn something new. It gives you a different perspective on what might seem like a mundane topic.