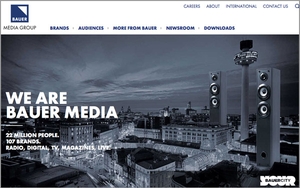 The deal “will help Bauer increase its global footprint, while also giving Magzter readers the access to some more world-class content,” per a statement.

According to Girish Ramdas, CEO of Magzter Inc., “We have been getting a lot of customer requests for these magazines and our readers will be elated to have access to them.”

Magzter is best known for its Netflix-like, “All You Can Read” subscription service called Magzter Gold, allowing users to binge-read as many articles as they want.

At the time, Vijay Radhakrishnan, president and co-founder of Magzter, told Publishers Daily that he hopes to get all the publishers on Magzter on board with their Gold subscription service by the end of 2016.

Magzter uses a revenue share model with publishers. Because it is PDF-based, the app cannot offer a native digital reading experience.

Magzter has over 28 million digital consumers and more than 7,500 magazines from over 3,000 publishers.
magazines, mobile, uk
1 comment about "Bauer Consumer Media's UK Division Adds 44 Magazines to Magzter".
Check to receive email when comments are posted.
Next story loading