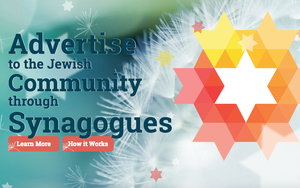 In a world where consumers expect a relevant, personalized experience on every device they use, niche ad networks might hit the mark in a way others can't.

How did it begin? Schwartz's company, which offers software called ShulCloud that helps synagogues manage newsletters, events, membership and other aspects, wanted to help synagogues find additional sources of revenue.

The pitch is simple: The network has access to information on family units, family records and general email lists that can inform targeting based on factors like geography and age or grouped by communities such as Reform Jewish or Orthodox. The company has access to bar mitzvah and bat mitzvah dates, as well as death anniversaries (yahrzeit), so advertisers can target according to those, too.

Schwartz said the email open rate for the synagogues he works with averages roughly 50%, which is pretty high. Members want to know what’s going on in the community, he said.

"Not a lot of networks have this data," Schwartz said. "We have a much larger set of data that advertisers can target with that Google and Facebook cannot."