For Gens Y And Z, In-Store Experience Is Critical 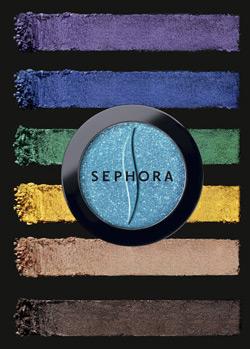 Whether dabbling at Sephora or mixing-and-matching at Forever 21, a new study found some surprising results for the planet’s most digital shoppers: The ability to shop in a physical store matters significantly more to younger people than to either Gen X or Baby Boomers.

The study, from Denver-based iModerate, found that while they may be enthusiastic online buyers, Gen Y is especially rabid about in-store shopping, with 82% of Millennials saying it’s important to them that retail brands have a brick-and-mortar location, as do 80% of Gen Z. Only 69% of Gen Xers agree, and just 65% of Baby Boomers.

“It was a bit of a surprise to us just how strongly younger shoppers felt,” says Katie Houser, marketing manager for the research and insights company. “But it’s very clear that they want stores. For Gen Z, especially, it’s all about customization and experimentation. They want to touch and feel things, and try certain things together,” she tells Marketing Daily. “But they’re also impatient. For Gen Y, who are often shopping with kids, it’s much more about efficiency.”

Sephora, Charlotte Russe, and Forever 21 are brands Gen Z speaks highly of, she says, while Gen Y and Gen X are especially appreciative of Target.

The research, based on 844 shoppers ages 15 to 65, characterizes Gen X as escapists, while Baby Boomers like stores that provide a sense of comfort and space.

Convenience, layout and personnel are three critical components across age groups, she says, with knowledgeable associates having more clout than expected. One of the subjects, for example, recalled a miserable experience trying to buy a wedding ring at Kohl’s. Her next stop was J.C.Penney, where she found an associate who was more clued-in about jewelry but also far friendlier.

“She even took the time to ask about the couple’s wedding plans in such depth that she was really helpful. Her husband turned out to be a pastor, and wound up marrying the couple,” she says. “An associate taking the time to make that kind of personal connection is deeply meaningful.”

1 comment about "For Gens Y And Z, In-Store Experience Is Critical".
Check to receive email when comments are posted.
Next story loading