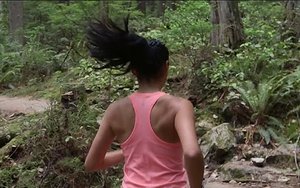 With its comeback roaring along, Lululemon is setting its sights on a different kind of growth, including intensified digital marketing and the expansion of its Lab concept, opening its first store in New York City.

The news comes as the Vancouver-based athletic brand posts impressive numbers: Sales for its fourth quarter jumped 17% to $704.3 million, and its fiscal year sales came in at $2.1 billion, its first foray across the $2 billion threshold.

And while comparable-stores sales climbed 5%, e-commerce sales rose 33% in the quarter, accounting for more than 20% of total sales. And the company intends to build on that strength even as it continues to expand its physical store base, opening 11 new stores in the year ahead.

This ramping up involves an approach that is both “channel agnostic and global,” says Laurent Potdevin, Lululemon's CEO, in a webcast call for investors. “Our vision is to design and nurture a digital ecosystem that amplifies human experiences, relationships and connection. Digital is a critical platform for us to tap into the power of our collections, both online and offline, allowing us to continue engaging with our guests in an authentic and personalized way.”

He says he expects digital to account for more than 25% of sales by 2020, as the company “with the introduction of innovative digital experiences, leveraging CRM capabilities and the expansion of more sophisticated digital marketing strategies.” (Seeking Alpha has the entire transcript.)

Men’s apparel is also growing fast, up 24% in the quarter.

The company is also expanding its Lab concept, opening its first U.S. location in New York City’s NoHo. (The first Lab is in Vancouver.) The concept’s tagline is “Inventing things that don't yet exist,” where local designers create exclusive lines of clothing that are unique to the community, made in small batches by the in-house production team. Potdevin says the company will continue to look for markets to introduce new Labs.

In addition to selling limited-edition versions of its edgiest items, observers say it’s an opportunity for the brand to keep up with the ever-more-fashiony evolution of the athleisure movement it helped pioneer. Nike, for example, just unveiled a design collaboration with Riccardo Tisci, the Givenchy designer, and has previously partnered with Berlin-based Acronym designer Johanna F. Schneider. Adidas has collaborated with is set to unveil a Junichi Abe’s Kolor. And earlier this year, Versace showed off an “athletic couture” line on the runways.