Google, Microsoft In Search Of Their Voice 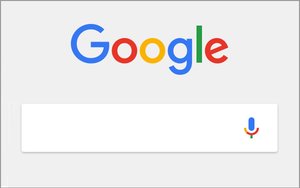 Google and Microsoft are banking on voice technology, each with their own vision, but both squarely heading to become the operating system for the Internet of Things (IoT).

Nat and Lo, as part of their 20% project at Google, search the company's campus to learn more about new stuff they are curious about. This time they're curious about the team creating a new computer voice for the Google mobile search app, which kicks off by an "OK Google."

The voices are made by someone recording thousands and thousands of sentences. Out of all those sentences and sounds they contain a voice is made. The group strings together the smallest units of sound that can become meaning, such as "lack" and "slack," and combines them in new ways to create speech. It changes the word by adding or swapping one sound for another or combining them in new ways.

The recordings are stored in a database. When they are needed the platform searches out the sounds and stitches them together. The biggest challenge today in search synthesis is prosody and intonation -- the way the tones rise and fall, rhythm and melody, per Nat and Lo.

Inflection and pitch matters. The new voice will become a combination -- pieces of recordings and units of speech, but the real push points to developing the technology that supports devices connected through the Internet of Things (IoT).

Google is not the only one pushing to improve voice search or voice as the operating system for the IoT. One report suggests that voice, Cortana technology, is the underlying technology behind everything Microsoft is doing at its Build conference this week in San Francisco.

"The next version of Windows 10, due out this summer, will be all about voice," writes Dana Blankenhorn, aside from the embarrassment over its Tay chat bot on Twitter.

Microsoft CEO Satya Nadella sees voice "bots" as the applications that make the Cortana technology indispensable, according to Blankenhorn. "Voice bots are the Word and Excel that turn Cortana into the next Windows," he wrote.