Fitbit Shows Off How 'Strong' It Can Be 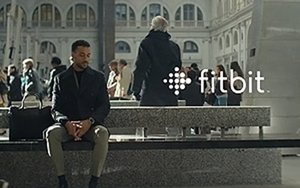 If, in fact, consumers need to be convinced of the value of fitness-oriented wearables, maybe the best place to showcase them is on one of myriad fitness-oriented television shows out there.

We’ll soon find out. Fitbit, perhaps the most well-known of fitness wearables, is partnering with NBC’s latest fitness outing, “Strong,” which premieres later this week. As part of the deal, show host (and “Fitbit Ambassador”) Gabrielle Reece will be wearing a Fitbit Surge throughout the show, as will the 20 competitors throughout the show’s run.

“At Fitbit we focus on empowering people to lead healthier, more active lives, which is a perfect complement to ‘Strong,’” Tim Rosa, vice president of global marketing at at Fitbit, Marketing Daily. “This prime time show will be one of the hottest fitness competition shows this spring about people working hard and sweating it out to reach their ultimate fitness goals.”

Throughout the season, the show’s contestants will be using different device features, from the onboard GPS, continuous heart rate tracking, and sleep detection, as they work toward a fitness goal. In addition, the contestants will also be using Fitbit’s Aria Wi-Fi Smart Scale to track their weight and muscle mass.

“Integrating with this show was a really natural fit,” Rosa says. “We’re excited to see how Fitbit’s products can help the contestants on their transformative journeys.”

In addition, Reece, in a her role as Fitbit Ambassador, will host consumer and media events, and the brand will showcase behind-the-scenes photos and videos of the show’s participants and trainers. “When you take the high energy of these contestants and trainers and blend it with fun and fitness you get really unique user generated content,” Rosa says.

1 comment about "Fitbit Shows Off How 'Strong' It Can Be".
Check to receive email when comments are posted.
Next story loading