Apester Closes $17M Series A Round 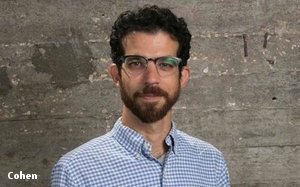 Audience engagement platform Apester announced it closed $12 million in a second tranche of Series A funding, for a total of $17 million to date.

Apester, based in New York, works with editorial teams to add interactive content into editorial and sponsored content. (Read more about the company here.)

In the past year and a half, the company has grown from eight people to about 50 people, and it's about to double the size of its staff in the near future. Additionally, the company is seeing a 25% increase in time spent on articles and 15% increase in content sharing. Roughly 40 million people engage with its content on a monthly basis.

Though the company has a lot of big name clients (including Time Inc., AOL, The Daily Telegraph, The Huffington Post, FOX, USA Today and BBC), it doesn't do any marketing, Cohen said. He credits all the growth to word of mouth.

Cohen said the company plans on using funding to fuel its continued growth -- specifically in the U.S. and U.K. markets -- and developing its product suite.

Apester watched results from its content on AOL and The Huffington Post on Super Tuesday. The company was able to observe the amount of accuracy its polls had in reflecting the intent of the audience in real time, Cohen said. And some of Apester's polls actually predicted some Super Tuesday results that official polling companies got wrong.

"For us, it's almost a scientific playground to see how we can use this ton of sentiment data to bring the value of the audience back," Cohen said, adding, "I can go hours talking about this."