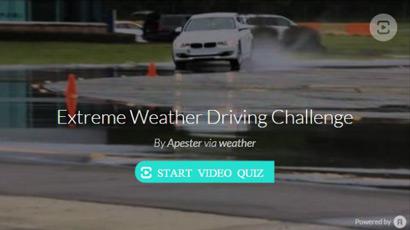 Storytelling has become another buzzword -- and it’s starting to annoy me. Ah, yes, we’re all storytellers. Especially journalists and former journalists. Just like we’re all photographers (ever since mobile phones included cameras and digital made everything so easy). Oh, and by the way, everyone’s an artist and a creative too.

Rant aside, I just learned about a new digital storytelling content platform (oh, yeah, I hate the word “platform,” too), called Apester. I recently spoke with Moti Cohen, the company’s CEO.

With ad-blocking discussions rising to a fever pitch, Cohen says Apester is trying to figure out ways to creatively reinvent the way consumers interact with ads, making them less intrusive and more entertaining. Sounds good.

So here’s the deal: Apester works directly with editorial teams to add interactive native content into both editorial and sponsored content. The metrics from these content experiences allow publishers to see direct engagement and gather reader sentiment. This is all in the service of attempting to create more relevant and shareable experiences for consumers, and to offer publishers some new solutions.

Apester’s working with publishers like The Huffington Post, the Telegraph, USA Today and many others. Its native ad units are reportedly increasing traffic to publishers’ sites and showing some impressive click-though rates — in some cases, up to 50% increases.

At the heart of the Apester ad units is a quiz or poll. “We give the control to the publisher,” Cohen told me. “The ad unit blends within the editorial and sponsored content.” The technology is a layer publishers and marketers can use on top of the CMS.

For example, in a campaign earlier this year with The Weather Channel and Michelin, the tire company, Weather created a series about winter safety and driving with an  interactive quiz using Apester technology to engage with the audience around the topic. Everything was sponsored by Michelin.

In that campaign, Apester saw more than 18,000 unique completed engagements, a 60% engagement rate (click-through rates for every page view that loaded), an 89% completion rate for three-minute videos and a six minute time on-site metric. And 5% of the people who saw the video shared it.

A campaign with GQ magazine saw 180,000 unique completed engagements: readers who cast their choice for the next actor who should play the next James Bond. (They chose Luke Evans.) The three-round campaign -- one round for each of three weeks -- presented three to four candidates. The average engagement with three rounds of Apester ad units was nearly 70%, with 3,000 social shares.

Notably, programmatic native advertising is starting to be viewed as a kind of workaround to ad-blocking. An Integral Ad Science Q3 report stated that 54.5% of display ads were considered non-viewable -- and for video ads, the figure hit 67.9%.

Measuring viewability is just one step, Cohen notes: “The key is... don’t trick your audience. If you try to trick them, or redirect with something that doesn’t deliver the experience the audience is looking for, you’re throwing money away.

“If you invest your efforts and mindset in trying to deliver value by delivering good content, then you can see a better result.”

Apester’s worked with UnderArmour, RedBull, Lego, Netflix and Cole Haan, Kia and Oreo, to name a few. The goal is to make consumers participate in the storytelling -- and, in a sense, create the ad experience.

The Apester “platform” launched a year ago. “We want to help publishers believe that the most precious currency of the Web is consumers’ attention. The heart of this is: How do you drive [consumers'] emotions? These angles are the go-to things that publishers need to incorporate,” Cohen says.

He goes further to say: “We are seeing the birth of new ad formats and a new type of measurement and KPIs around those notions -- viewability is just one of them.” PlayBuzz and Boombox are other companies experimenting with Apester-like platforms.