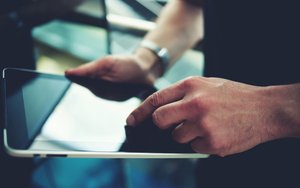 The deal offers Criteo advertisers assurance that ads appear on brand-safe publisher sites and that consumers have a "targeted, non-intrusive" experience across all channels and screens, per a Criteo statement.

“The quality of the sites on which our ads are displayed is of paramount concern to both Criteo and our clients," stated Aly Nurmohamed, VP-global publisher strategy, Criteo.

Criteo, a Paris-based retargeting firm, announced revenues exceeding €1 billion in 2015, Real-Time Daily reported. The company will focus on innovation, mid-market client expansion and growing in Asia this year, said Criteo's Eric Eichmann, who became CEO in December 2015 after serving as president and COO.

Integral Ad Science made headlines recently when Facebook announced it as a partner for ad viewability verification. The company will offer its viewability solution to support video and display campaigns running on Facebook on desktop and mobile.