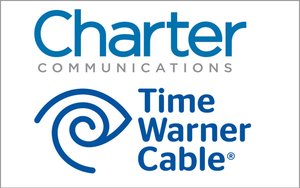 The approval order will include terms that "will directly benefit consumers by bringing and protecting competition to the video marketplace and increasing broadband deployment," Wheeler stated.

The company, to be called New Charter, will have to follow three conditions, each of which will last for seven years: It will not be permitted to impose data caps or charge customers based on the amount of data they consume. It also won't be allowed to charge Netflix and other companies extra fees to "interconnect" directly with New Charter's servers. In addition, New Charter won't be allowed to impose programming terms that could harm over-the-top online video distributors.

Wheeler adds that the FCC will require an independent monitor for the company. "These strong measures will protect consumers, expand high-speed broadband availability, and increase competition," he stated.

The FCC's announcement comes the same day the Department of Justice said it had cleared the deal, on the condition that Charter doesn't hinder online video providers from obtaining programs.

With the merger, New Charter will extend its broadband footprint to around 30% of the country. New Charter and Comcast combined will control around 70% of U.S. broadband connections faster than 25 Mbps.

Consumer advocacy groups, as well as companies like Dish, warned that the deal could leave New Charter in a position to threaten online video distributors as well as consumers.

The opponents argued in FCC filings that New Charter could discourage cord-cutting by pricing stand-alone broadband to encourage consumers to purchase video bundles.

Not all online video distributors opposed the merger. Netflix said last July that it supported the deal.