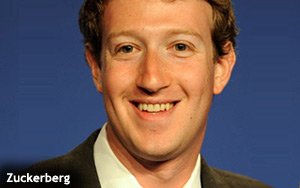 Despite soaring expectations, Facebook made investors smile on Wednesday.

Facebook “started 2016 off well,” CEO Mark Zuckerberg told investors in an earnings call. That is an understatement.

More than 1.5 billion people accessed Facebook from mobile devices in March, which is up 21% from last year.

In recent weeks, Facebook has consistently seen more than 1 billion users for its platform on mobile every day, Zuckerberg noted on Wednesday. Worldwide, people now spend more than 50 minutes a day using Facebook, Instagram and Messenger.

Analysts struggled to articulate Facebook’s success on Wednesday. “To illustrate the success Facebook is having, we estimate the company will capture 47% of global digital advertising growth and 43% of all advertising growth outside of China this year,” Pivotal Research analyst Brian Wieser said in a note.

More focused on video than ever, Facebook’s executives were particularly excited about Live and 360 video, on Wednesday.

During the quarter, they noted that “Game of Thrones” was the most-watched 360 video on Facebook in a 24-hour period with more than 12 million total views. As of February 2016, meanwhile, the time people spend watching videos on Instagram increased by more than 40% over the preceding 6 months.

All told, Facebook now boasts more than 3 million active advertisers, and more than 200,000 on Instagram. A significant number of these advertisers are small and medium businesses.

As such, Sheryl Sandberg, Facebook’s COO, described SMBs as a “very core competitive advantage for us,” on Wednesday.

Also on Wednesday, Facebook announced its intention to create a new class of nonvoting Class C capital stock, -- which among other benefits, would be designed to secure Zuckerberg’s leadership role.