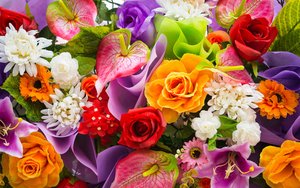 Subject lines that evoke emotion have a 21.5% higher open rate than those that do not during the weeks leading up to Mother’s Day, according to the report.

Yes Lifecycle Marketing -- a cross-channel marketing and data solutions provider -- partnered with Persado, a machine-learning personalization solution, to analyze more than 118,000 emails sent from the Yesmail email marketing platform in the two weeks preceding Mother’s Day in 2014 and 2015.

The scope of the study crossed 12 industries, revealing that encouragement and curiosity were the highest-performing emotions, while creating a sense of security or urgency performed poorly.

“In order to ensure they have a successful Mother’s Day marketing effort, marketers can craft a few subject lines that speak to a variety of different emotions, starting with Encouragement and Curiosity and test their performance in order to identify the most effective one,” writes Ivy Shtereva, director of marketing at Yesmail, on the company’s blog.

Context also plays a key role in Mother’s Day email marketing, according to the Persado and Yesmail report. Email subject lines that begin with “Mother’s Day” have a 16% higher email engagement rate than those that include the phrase later in the subject line.

This difference actually increases on mobile devices, where smaller screens affect the readability of longer subject lines. Mobile open rates increased by 38% when a Mother’s Day reference was included at the beginning of the subject line, compared to emails that included the holiday later.

Marketers may also want to consider focusing their marketing efforts on a family activity -- the top-ranking Mother’s Day gift, according to an annual Mother’s Day wish list study by cash-back shopping company Ebates.com. Sixty-three percent of American moms expressed an interest in spending quality time with their family, according to the Ebates study, while 33% want to receive flowers and 28% want chocolate.

The National Retail Federation also included a question about “gifts of experience” for the first time in its annual Mother’s Day study, including concert tickets and sporting events. Nearly a quarter of the 7,000 consumers polled expressed that they wanted to receive such a gift, and 22.3% responded that they plan to gift an experience this year for Mother’s Day.