Ybrant Digital Media Rebrands As Brightcom, Gears Up For Expansion 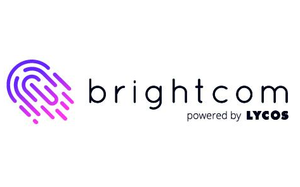 The Tel Aviv-based company is also expanding into the U.S. and APAC markets.

The rebrand (new logo on left) aims to make the company's different assets work together as a holistic offering and also put its tech front and center.

Brightcom CEO Gali Arnon said when she joined the company a year ago, she realized that with its many subsidiaries and identities, Ybrant had a disparate narrative. There was a common factor that united all the elements: the combination of tech and service, she said.

"I think this is one thing that is part of our DNA," she said. "[We're] a global company working in the programmatic world, but we still have very strong human connections."

On the programmatic front, Brightcom will expand its advertising product portfolio, introducing a header bidding and in-view solution, with ads that begin to play when the unit is more than 50% in-view.

"Developing an in-house header-bidding solution was almost an instinctive choice on our part," said Arnon. "It levels the playing field to the benefit of the publisher. It raises their fill rate, it's easier to manage and ultimately, it upgrades their ability to monetize." As for the APAC expansion, Arnon said the company just expanded to Singapore and the Philippines. There's huge potential in expanding in the APAC markets, Arnon said, and the company has the skills and tech to do it.

In the coming months, Brightcom will focus on the U.S. presidential election and offer specific audience segments for digital ads. The company is also going to leverage its relationships with owned-and-operated sites like humor site Cheezburger, which Literally Media, a company that’s part of Brightcom's group, acquired earlier this year. Acquisitions like these put the company in "a very strong position in the millennial vertical," Arnon said.