Where Are The Shoppers? At T.J. Maxx, Home Depot 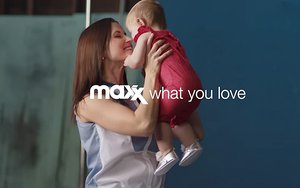 All those department stores wondering where their customers have gone can stop looking: They’re filling the aisles over at T.J. Maxx and the Home Depot.

While they’re in different sectors, both reports show consumers aren’t nervous and are eager to spend at stores (and online) when they see what they want. That’s disturbing news for department stores, including Nordstrom, JC Penney, and Macy’s, which have been peppering their sales reports with words like disappointing, challenging, and headwinds.

“We are particularly pleased with our very strong customer traffic, which drove the comp increases at every division,” says CEO Ernie Herrman in its release. “This tells us that our strategies to bring consumers exciting values on an eclectic and ever-changing mix of the right fashions and brands, sourced from across the globe, are working.”

As a result, the company also raised its forecast for the year ahead.

And at the Home Depot, results were rosy too, with the Atlanta-based DIY retailer reporting a 9% jump in sales to $22.8 billion for the first quarter of its fiscal year. Comparable-store sales added 6.5%, with those in the U.S. gaining 7.4%. Net earnings were $1.8 billion, a 14.2% leap from $1.6 billion in the same period a year ago. And it, too, hiked its forecast for the year ahead.

Meanwhile, in a week that saw Macy’s quarterly sales take the sharpest fall since the recession, Kohl’s is the latest department store to join the apology club. It recently announced that overall sales slipped 3.7% for the first quarter to $3.97 billion, and same-store sales fell 3.9%. Calling the quarter a challenging one, it said net income sank to $58 million, from $127 million in the same period a year ago.