Appeals Court Sides With Delta In Battle Over App Privacy 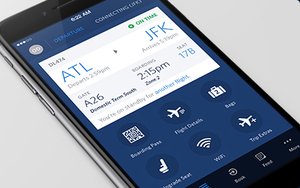 Siding with Delta Air Lines, a California appellate court has ruled that the company's app need not comply with a state law requiring Web site operators to post privacy policies.

"If each state were to require Delta to comply with its own version of the OPPA, it would force Delta to design different mobile applications to meet the requirements of each state," the appellate court wrote in a ruling issued last week. "Enforcement of the OPPA’s privacy policy requirements might well make it impossible for an airline to use a mobile application as a marketing mechanism at all."

The decision stems from a lawsuit brought against the airline in 2012 by Attorney General Kamala Harris. She alleged that Delta violated California's 2003 privacy law, which requires Web site operators that collect personally identifiable information from state residents to display links to privacy policies. Harris sought an injunction banning Delta from continuing to offer the app until it adds a privacy policy, and fines of up to $2,500 per download.

Harris alleged that even though Delta's Web site has a privacy policy, the document doesn't detail everything collected by the Fly Delta app -- including geolocation data and photos.

Delta countered that the federal Airline Deregulation Act prohibits individual states from “regulating critical business operations,” including airlines' “ability to collect and handle customer information and communicate with customers.” The airline added that the Department of Transportation is the only entity “empowered with regulating airline Web sites, privacy policies, and information practices.”

Among other arguments, she said that the complaint against Delta doesn't relate to its "services."

The appeals court said it rejected that stance, writing that the app can be used for activities like checking in, viewing reservations, rebooking cancelled flights and paying for checked luggage.

Harris, who is running for U.S. Senate as a Democrat, has made mobile privacy one of her priorities. In 2012, she persuaded Google, Apple, Facebook and other companies to require available apps to have privacy policies.