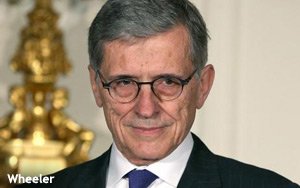 FCC Chairman Wheeler has rejected a lawmaker's request to extend the official deadline for commenting on proposed privacy rules that could restrict broadband providers from engaging in online behavioral advertising.

"A timely resolution of this proceeding will be beneficial for consumers and industry alike, providing clarity and certainty going forward," Wheeler says in a letter to Sen. Jeff Flake (R-Arizona). "An extension of the comment deadline is not in the public interest."

The FCC chairman added that the agency will continue to hear from parties even after the deadlines. "One very important factor in this matter is that the Commission's record does not close when the comment deadlines hit," he wrote. "The filing deadline is not a 'speak now or forever after hold your peace' deadline, but rather a scheduling mechanism to allow interested parties to know how to focus their efforts."

The letter, dated May 26 and posted today on the FCC's site, came in response to Flake's request that Wheeler extend the timeline for submitting comments regarding proposed privacy rules. The senator argued that granting an extension would be "reasonable," given that the proposal is almost 150 pages long and asks more than 500 questions.

The rules, officially proposed in March, would require broadband providers to obtain consumers' opt-in consent before using data about their Web surfing activity to serve them targeted ads. Initial comments were due May 27 and reply comments are due June 27.

Earlier this spring, the trade groups representing the ad and cable industries also sought to extend the comment period. Privacy groups opposed that request, arguing that the proposed rules should not have been a surprise. The agency denied the industry organizations' request in late April.