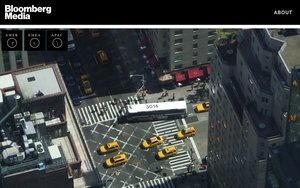 Quintype, a data-driven publishing platform, has announced they are partnering with BloombergQuint, the joint venture between Bloomberg Media and Quintillion Media.

The partnership aims to bring business and financial news -- specifically live news events across India -- on broadcast, digital and mobile platforms to the region.

The man behind the partnership is media entrepreneur Raghav Bahl, often referred to as the Indian Rupert Murdoch.

Quintillion Media is Bahl’s digital news venture. Bahl is also the investor behind Quintype, which was founded in 2014 by Amit Rathore.

“Publishing digital content is a shot in the dark without assistance and insight from big data,” stated Bahl, who is also the creator of Indian media conglomerate Network 18.

Rathore told Publishers Daily that the tools on functions on Quintype's platform can help bring BloombergQuint closer to their “ambitious” goals in “content velocity, user growth and monetization."

“Old technologies are not well suited to the world of new media, and the changed audience and monetization landscape,” he said.

He also stressed the importance of Quintype’s platform built specifically with mobile in mind and how this can help BloombergQuint reach business audiences on social networks through their smartphones.

“What’s become clear over the past few years is that while content continues to be important, the power of algorithms, AI-powered social amplification, real-time A/B testing, and real-time automation across a variety of functions is critical to achieving the kind of audience scale that is needed to scale up,” he said.

"Tech-savvy publishers” like Buzzfeed and Vox, for example, have dedicated significant resources to build in-house technology for their own platforms.

“Every business is a technology business today, but not every publisher can build such technology by themselves,” he said.
india, native advertising, news, online publishing
Next story loading