IBM Releases Next Gen MobileFirst Foundation For The Cloud 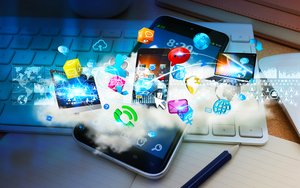 IBM announced this week that the next generation of its MobileFirst Foundation is now available on the IBM cloud. The tech is designed to help accelerate enterprise mobile app development.

“Mobile applications are the driving force behind [demand for cloud] within the enterprise,” said Michael Gilfix, vice president of MobileFirst and Smarter Process at IBM. Cloud IT infrastructure spending is forecast to reach $57.8 billion by 2020, nearly half of IT infrastructure.

The new iteration of MobileFirst Foundation allows developers to create apps and start small on IBM’s servers/the cloud, or on premise, then scale production workloads in those environments, speeding up the development process.

Users, not just developers, will also be able to execute live updates, changing the configuration of the app, rather than the code. This means that the app won’t have to be redeployed every time an update goes out and cuts down on release cycle times.

The update also brings an API creation and management tool available to users so they can connect other services to the apps they create within IBM’s cloud. Users can expect end-to-end data security as well.

The new service has seen some success, with companies like Florida-based Security First Insurance, which saw a 195% growth in users after launching a new mobile app with a location-based storm tracker.

While not every brand needs an app, businesses like banks and utilities need to offer clean mobile experiences if they want to keep up in the digital world.