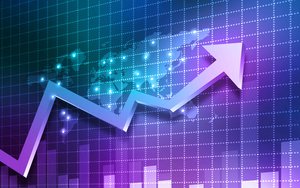 Personalization increases click-through rates by an average of 250% -- and by as much as 500% -- according to an Epsilon report released Monday.

The marketing company released its quarterly email trends report, based on an aggregate of 8.5 billion emails sent from over 150 Epsilon clients of varying industries during first-quarter 2016 in North America.

Personalized and triggered emails perform significantly higher than traditional email marketing campaigns, according to the report -- no surprise to email marketers.

Unlike traditional email newsletters, triggered emails are sent as a result of a specific action taken by the consumer. For example, a welcome email series could be triggered when a consumer subscribes to an email list, or an abandoned shopping cart email could be sent when a customer fails to finalize a purchase.

Even a small level of personalization can go far in email marketing. Triggered messages only accounted for 3% of the total volume of email studied, but resulted in average open rates of 55.8% and click-through rates of 11.4%, according to Experian.

Furthermore, when compared to ‘business as usual’ campaigns, triggered messages increased clicks and open rates by an average of 241.4% and 67.9%, respectively.

The pharmaceutical and business product industries showed the strongest increase in engagement rates with triggered messages, outpacing traditional email with open rates of 498.5% and 448%.

The retail industry drove the highest email engagement rates with business as usual email marketing campaigns, securing an average of a 50.7% open rate and a 4.4% click rate during the first quarter of this year.